You’ll get some truth about 5G from Epoch Times

Epoch Times is featuring well researched/written articles re: downside of wireless tech.
https://m.theepochtimes.com/resistance-to-5g-roadblock-to-a-high-tech-future-or-warning-of-a-serious-health-risk_2705116.html [This piece is just below—MCM]
From a CHE – EMF member who was interviewed for the 5G article:
“The Epoch Times is the paper with the highest distribution in the world. and is available online in 21 languages.It is headquartered in NY and owned by Chinese – Americans.

This month the paper also published an article about the NTP study “Study Finds ‘Clear Evidence’ Linking Cellphone Radiation to Tumors in Rats and previously an article titled: The Dark Side of Wireless Technology, following the release of Generation Zapped.” 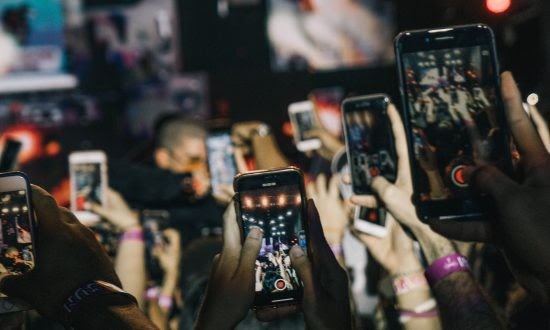 Resistance to 5G: Roadblock to a High Tech Future or Warning of a Serious Health Risk?

In just a few years, we’ve been granted several fantastic abilities: the power to download videos, send pictures, search the internet, and talk to anyone we want from wherever we are, all from a small wireless device.

But an even more sophisticated wireless world is just over the horizon. The network needed to bring it to life is called 5G, and telecommunications companies want to install it as fast as possible.

The G stands for Generation, and each one is a chapter in the wireless revolution. The first (1G), allowed us to talk on a cellphone. 2G gave us talk and text. With 3G we could also send and receive a little data, and 4G gave us the power to transmit a lot more.

These generations were all about connecting people. With 5G, the goal is more about connecting objects. Dubbed the Internet of Things (IoT), 5G makes possible a world of self-driving cars, smart appliances, and a variety of new devices that constantly transmit data.

The architects of 5G envision a world where pill bottles, refrigerators, hair brushes, and just about anything else you can think of is supplied with a small antenna that can tap into the IoT network. How about a diaper that texts mom when baby needs a change? Or a bottle of laundry detergent that automatically orders a refill when it’s running low? The possibilities are endless, and promise a whole new level of comfort, convenience, and communication.

But in order to accommodate so much data hurling through the air, the telecommunications industry needs a lot more bandwidth. The solution: higher frequencies and lots more equipment.

The frequencies that currently make our wireless world run are called microwaves. Cellphone towers and Wi-Fi routers broadcast these microwaves to provide the medium for our smartphones and laptops to connect to.

To carry even greater amounts of data, 5G broadcasts at frequencies much higher than either 3G or 4G. These are extremely high microwave frequencies known as millimeter waves. These frequencies offer more bandwidth, but they are also easily blocked by any obstacles in the surrounding environment (buildings, trees, etc), so it takes even more broadcast stations to make the system work.

Thousands of “small cells” designed to broadcast the extremely high microwave frequencies of 5G have already been installed across the country, and a plan to erect millions more over the next few years has already been approved by the Federal Communications Commission (FCC) and the U.S. Congress. It will cost a lot of money and effort, but it promises to pay off big time.