US Media is Losing Its Mind Over Trump-Putin Press Conference

The reaction of the U.S. establishment media and several political leaders to President Donald Trump’s press conference after his summit meeting with Russian President Vladimir Putin on Monday has been stunning.

“There are exactly two possible explanations for the shameful performance the world witnessed on Monday, from a serving American president.

Either Donald Trump is flat-out an agent of Russian interests—maybe witting, maybe unwitting, from fear of blackmail, in hope of future deals, out of manly respect for Vladimir Putin, out of gratitude for Russia’s help during the election, out of pathetic inability to see beyond his 306 electoral votes. Whatever the exact mixture of motives might be, it doesn’t really matter.

Or he is so profoundly ignorant, insecure, and narcissistic that he did not  realize that, at every step, he was advancing the line that Putin hoped he would advance, and the line that the American intelligence, defense, and law-enforcement agencies most dreaded.

Conscious tool. Useful idiot. Those are the choices, though both are possibly true, so that the main question is the proportions … never before have I seen an American president consistently, repeatedly, publicly, and shockingly advance the interests of another country over those of his own government and people.”

As soon as the press conference ended CNN cut to its panel with these words from TV personality Anderson Cooper: “You have been watching perhaps one of the most disgraceful performances by an American president at a summit in front of a Russian leader, surely, that I’ve ever seen.”

David Gergen, who for years has gotten away with portraying himself on TV as an impartial political sage, then told CNN viewers:

“I’ve never heard an American President talk that way buy I think it is especially true that when he’s with someone like Putin, who is a thug, a world-class thug, that he sides with him again and again against his own country’s interests of his own institutions that he runs, that he’s in charge of the federal government, he’s in charge of these intelligence agencies, and he basically dismisses them and retreats into this, we’ve heard it before, but on the international stage to talk about Hillary Clinton’s computer server …” 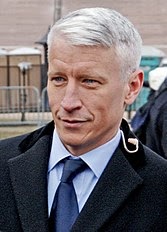 Cooper: “Most disgraceful performance by a US president.”

White House correspondent Jim Acosta, ostensibly an objective reporter, then gave his opinion: “I think that sums it up nicely. This is the president of the United States essentially taking the word of the Russian president…over his own intelligence community. It was astonishing, just astonishing to be in the room with the U.S. president and the Russian president on this critical question of election interference, and to retreat back to these talking points about DNC servers and Hillary Clinton’s emails when he had a chance right there in front of the world to tell Vladimir Putin to stay the HELL out of American democracy, and he didn’t do it.”

In other words Trump should just shut up and not question a questionable indictment, which Acosta, like nearly all the media, treat as a conviction.

The media’s handlers were even worse than their assets. Former CIA director John Brennan tweeted: “Donald Trump’s press conference performance in Helsinki rises to & exceeds the threshold of ‘high crimes & misdemeanors,.’ It was nothing short of treasonous. Not only were Trump’s comments imbecilic, he is wholly in the pocket of Putin. Republican Patriots: Where are you???”

Here’s where the Republican Patriots are, Brennan: “That’s how a press conference sounds when an Asset stands next to his Handler,” former RNC Chairman Michael Steele tweeted.

Representative Liz Cheney, the daughter of the former vice president, said on Twitter: “As a member of the House Armed Services Committee, I am deeply troubled by President Trump’s defense of Putin against the intelligence agencies of the U.S. & his suggestion of moral equivalence between the U.S. and Russia. Russia poses a grave threat to our national security.”

All these were reactions to Trump expressing skepticism about the U.S. indictment on Friday of 12 Russian intelligence agents for allegedly interfering in the 2016 U.S. presidential election while he was standing next to Russian President Vladimir Putin at the press conference following their summit meeting in Helsinki.

“I will say this: I don’t see any reason why it would be” Russia, Trump said. “I have great confidence in my intelligence people, but I will tell you that President Putin was extremely strong and powerful in his denial today.”

The indictments, which are only unproven accusations, formally accused 12 members of the GRU, Russian military intelligence, of stealing Democratic Party emails in a hacking operation and giving the materials to WikiLeaks to publish in order to damage the candidacy of Trump’s opponent, Hillary Clinton. The indictments were announced on Friday, three days before the summit, with the clear intention of getting Trump to cancel it. He ignored cries from the media and Congress to do so.

Over the weekend Michael Smerconish on CNN actually said the indictments proved that Russia had committed a “terrorist attack” against the United States. This is in line with many pundits who are comparing this indictment, that will most likely never produce any evidence, to 9/11 and Pearl Harbor. The danger inherent in that thinking is clear.

Putin said the allegations are “utter nonsense, just like [Trump] recently mentioned.” He added: “The final conclusion in this kind of dispute can only be delivered by a trial, by the court. Not by the executive, by the law enforcement.” He could have added not by the media.

Trump reasonably questioned why the FBI never examined the computer servers of the Democratic National Committee to see whether there was a hack and who may have done it. Instead a private company, CrowdStrike, hired by the Democratic Party studied the server and within a day blamed Russia on very dubious grounds.

But being a poor communicator, Trump then mentioned Clinton’s missing emails, allowing the media to conflate the two different servers, and be easily dismissed as Gergen did.

At the press conference, Putin offered to allow American investigators from the team of special counsel Robert Mueller, who put the indictment together, to travel to Russia and take part in interviews with the 12 accused Russian agents. He also offered to set up a joint cyber-security group to examine the evidence and asked that in return Russia be allowed to question persons of interest to Moscow in the United States.

“Let’s discuss the specific issues and not use the Russia and U.S. relationship as a loose change for this internal political struggle,” Putin said.

Even if Trump agreed to this reasonable proposal it seems highly unlikely that his Justice Department will go along with it. Examination of whatever evidence they have to back up the indictment is not what the DOJ is after. As I wrote about the indictments in detail on Friday:

“The extremely remote possibility of convictions were not what Mueller was apparently after, but rather the public perception of Russia’s guilt resulting from fevered media coverage of what are after all only accusations, presented as though it is established fact. Once that impression is settled into the public consciousness, Mueller’s mission would appear to be accomplished.” 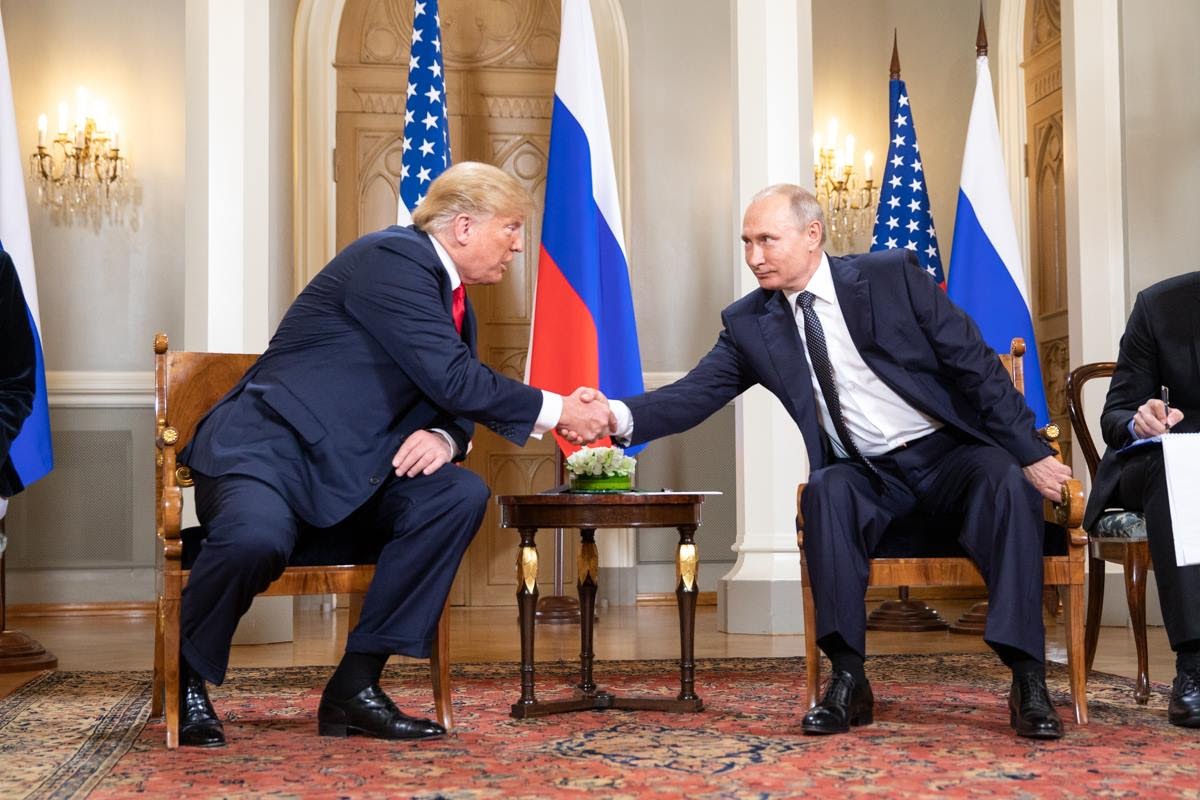 The indictments did not include any members of Trump’s campaign team for “colluding” with the alleged Russian hacking effort, which has been a core allegation throughout the two years of the so-called Russia-gate scandal. Those allegations are routinely reported in U.S. media as established fact, though there is still no evidence of collusion.

Trump emphasised that point in the press conference. “There was no collusion at all,” he said forcefully. “Everybody knows it.”

On this point corporate media has been more deluded than normal as they clutch for straws to prove the collusion theory. As one example of many across the media with the same theme, a New York Times story on Friday, headlined, “Trump Invited the Russians to Hack Clinton. Were They Listening?,” said Russia may have absurdly responded to Trump’s call at 10:30 a.m. on July 27, 2016 to hack Clinton’s private email server because it was “on or about” that day that Russia allegedly first made an attempt to hack Clinton’s personal emails, according to the indictment, which makes no connection between the two events.