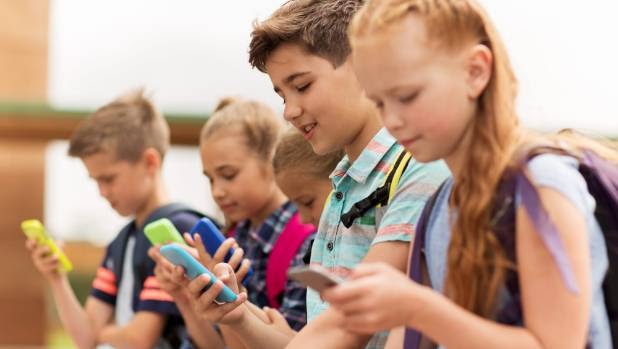 The new French law would ban phone use by pupils in school playgrounds, at break times and anywhere on school premises.

France’s phone-loving children will have to do without their mobile devices at school under a bill aimed at combating distraction and bullying in the classroom.

The country’s centrist president, Emmanuel Macron, hopes for a swift passage through parliament in time to set the blanket ban in place before the school year starts in September.

“You can’t find your way in a world of technology if you can’t read, write, count, respect others and work in a team.”

French supporters of the bill say phone usage among children has worsened cyber-bullying, made access to pornography easier and impaired their ability to interact socially.

The new law bans phone use in school playgrounds, during breaks and anywhere on school premises.

Legislation passed in 2010 already states children should not use phones in class, according to The Guardian.

The ban will apply to all pupils, from the time they start school at the age of six up to about 15, when they start secondary school.

Some teachers are angry they will be targeted too, after a late amendment to the bill by Macron’s ruling party.

Stephane Crochet of the UNSA teachers union told RTL radio it was an insult to adult staff and also a security risk.

Macron spelled out his intention to ban mobile phones in schools in his manifesto before his election as president in May, the Telegraph reported.

Opposition parties warned that major questions remained about how to enforce the ban, which will affect millions of children.