5G will kill us (and you can thank Obama for it)

Thus Obama’s FCC suppressed the awful truth about 5G, and Wifi generally, so that we’re all in mortal danger now:

The Wifi Alliance, Coming Soon to Your Neighborhood: 5G Wireless 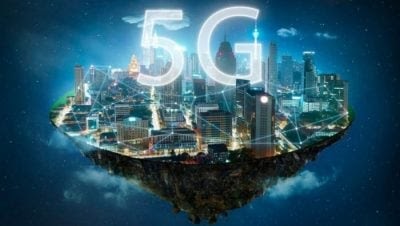 Just as any new technology claims to offer the most advanced development; that their definition of progress will cure society’s ills or make life easier by eliminating the drudgery of antiquated appliances, the Wifi Alliance  was organized as a worldwide wireless network to connect ‘everyone and everything, everywhere” as it promised “improvements to nearly every aspect of daily life.”

The Alliance, which makes no pretense of potential health or environmental concerns, further proclaimed (and they may be correct) that there are “more wifi devices than people on earth”.   It is that inescapable exposure to ubiquitous wireless technologies wherein lies the problem.

Soon after the 1895 discovery of xrays, the budding new technology was not without its health risks of burns and hair loss.  Yet the use of electromagnetic radiation (EMR) has evolved at a dramatic exponential rate from Marie Curie’s day into a mega-trillion dollar omnipotent industry creating a world totally dependent on its pernicious wireless applications.

The medical and scientific data is overwhelming and irrefutable as the wireless industry, the MSM and government agencies, frequently the last to acknowledge a pervasive health problem, continue to protect the industry from widespread public awareness of the insidious effects of the latest generation of digital by-products.

Even prior to the 1997 introduction of commercially available wifi devices which has saturated every industrialized country, EMF wifi hot spots were everywhere.  Today with the addition of cell and cordless phones and towers, broadcast antennas, smart meters and the pervasive computer wifi, both adults and especially vulnerable children are surrounded 24-7 by an inescapable presence with little recognition that all radiation exposure is cumulative.

Without the expansion of EMF and all its invasive algorithmic gadgets into our personal lives, intelligence gathering would be severely curtailed, without which Big Brother would be relegated to knocking on doors and hand written notes.  Surely with an estimated $21 trillion missing from the Pentagon, there must be one black budget item to lessen the harmful EMF emissions?

The National Toxicology Program (NTP), a branch of the US National Institute for Health (NIH), conducted the world’s largest study on radiofrequency radiation used by the US telecommunications industry and found a ‘significantly statistical increase in brain and heart cancers” in animals exposed to EMF (electromagnetic fields).  The NTP study confirmed the connection between mobile and wireless phone use and human brain cancer risks and its conclusions were supported by other epidemiological peer-reviewed studies.  Of special note is that studies citing the biological risk to human health were below accepted international exposure standards.

Professor Emeritus Martin Pall, PhD with degrees in physics, biochemistry and genetics is uniquely qualified and has been researching EMF health effects for almost twenty years.

“…what this means is that the current safety standards as off by a factor of about 7 million.’ Pointing out that a recent FCC Chair was a former lobbyist for the telecom industry, “I know how they’ve attacked various people.  In the U.S. … the funding for the EMF research [by the Environmental Protection Agency] was cut off starting in 1986 … The U.S. Office of Naval Research had been funding a fair amount of research in this area [in the ‘70s]. They [also] … stopped funding new grants in 1986 …  And then the NIH a few years later followed the same path …”

As if all was not reason enough for concern or even downright panic,  the next generation of wireless technology known as 5G (fifth generation), representing the innocuous sounding Internet of Things, promises a quantum leap in power and exceedingly more damaging health impacts with mandatory exposures.

The immense expansion of radiation emissions from the current wireless EMF frequency band and 5G about to be perpetrated on an unsuspecting American public should be criminal.  Developed by the US military as non lethal perimeter and crowd control, the Active Denial System emits a high density, high frequency wireless radiation comparable to 5G and emits radiation in the neighborhood of 90 GHz.

The current Pre 5G, frequency band emissions used in today’s commercial wireless range is from 300 Mhz to 3 GHZ as 5G will become the first wireless system to utilize millimeter waves with frequencies ranging from 30 to 300 GHz. One example of the differential is that a current LANS (local area network system) uses 2.4 GHz.

Hidden behind these numbers is an utterly devastating increase in health effects of immeasurable impacts so stunning as to numb the senses.