For the second week running, WNYC’s On the Media has tried to find out why the U.S. Customs and Border Patrol detained one of its journalists for six hours. But so far, authorities have ignored their call for answers.

We can’t stand by while the government abuses journalists in this way. “Pressure, that’s what you have to do,” former Rep. Lee Hamilton told On the Media. “You have to create pressure.”

Tens of thousands have already joined our call to action. But we need you to raise the heat. 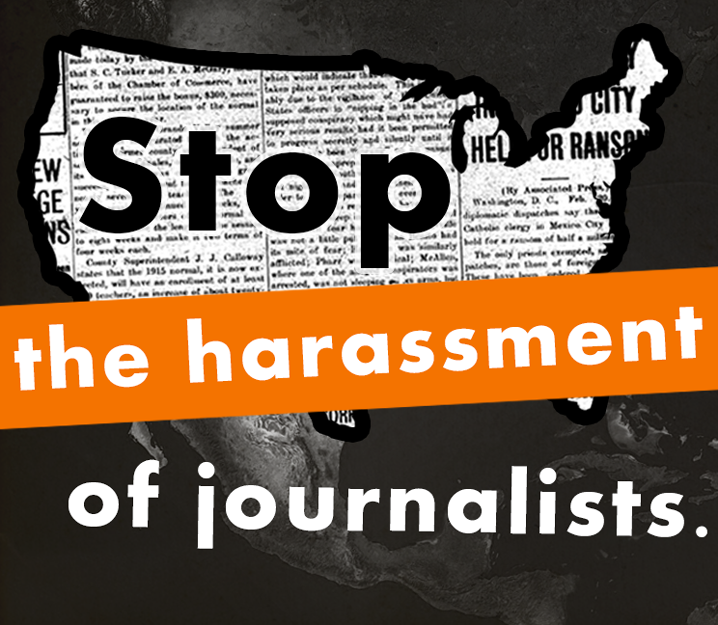 Demand That Attorney General Holder Stop the Harassment of Journalists

U.S. journalists should be able to enter the country without fear of detention or intimidation.

But government authorities have been stopping journalists, whistleblowers and many other travelers on a regular basis, seizing their electronic devices and examining them without search warrants.

NPR’s On the Media just reported that one of its journalists, Sarah Abdurrahman, was detained with her family at the U.S. border in Niagara Falls for six hours without explanation.1

Government officials have detained journalist and filmmaker Laura Poitras more than 40 times at U.S. borders. They’ve interrogated her, seized her laptops and cameras for weeks at a time and denied her access to a lawyer.2

It’s gotten so bad that actor and press freedom advocate John Cusack recently called on Holder to “guarantee the … safe passage of journalists who have exercised their rights under the First Amendment.”3

We’re working with Cusack to put pressure on Holder but we need you to help us deliver a message the attorney general won’t be able to ignore.

1. Sarah Abdurrahman, “My Detainment Story or: How I learned to Stop Feeling Safe in My Own Country and Hate the Border Patrol,” On the Media, Sept. 20, 2013: http://www.onthemedia.org/story/my-detainment-story-or-how-i-learned-stop-feeling-safe-my-own-country-and-hate-border-patrol/