A dose of reality for those who have been living with their head in the sand concerning U.S. policy
in North Africa and the Mideast.

The U.S. Fifth Fleet is now sitting in the harbor of Manama as the king of Bahrain fires on his citizens—-both Shia and Sunni—-with U.S. arms, live American ammunition, U.S. rubber bullets, and American tear gas…the same rounds and the same gas cannisters that have kept the repressive Bahraini monarchy in place for decades.

“Here a protester outside a hospital in Manama [Bahrain] holds up a casing for U.S.-made rubber bullets fired by security forces” 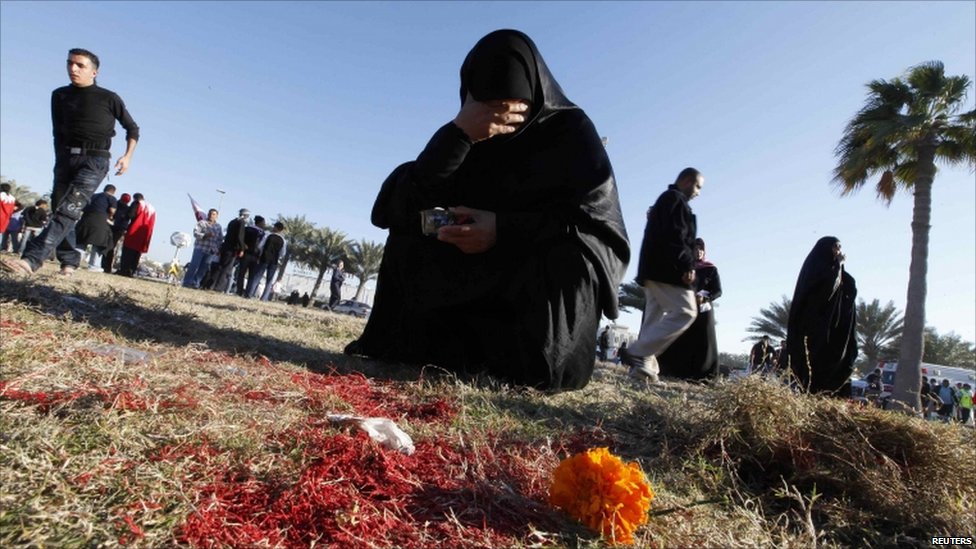 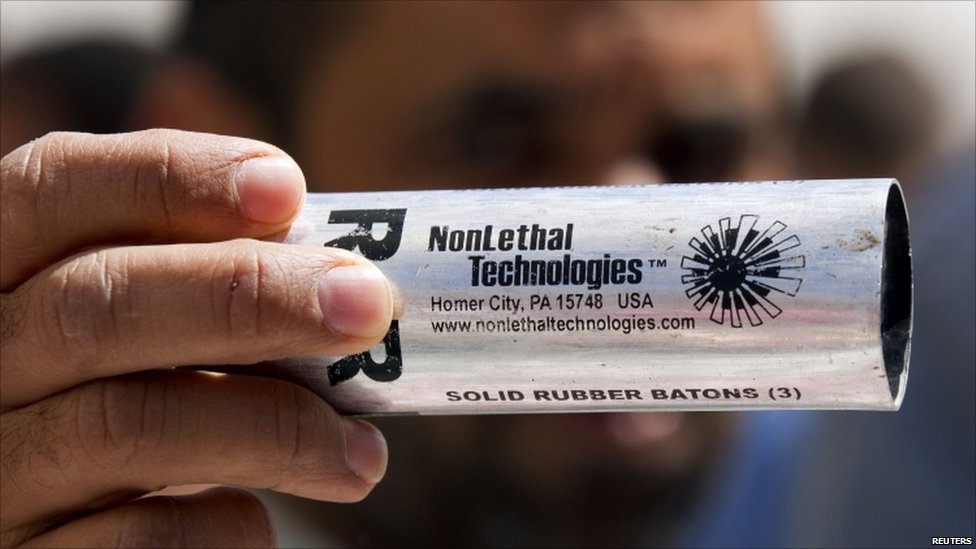 Bahrain is an important Gulf ally of the US. Here a protester outside a hospital in Manama holds up a casing for US-made rubber bullets fired by security forces.

4 replies on “Bahrain, Yemen using US arms/ammo, rubber bullets, tear gas, on their own people”

Fleets and fleets of black US SUV’s for Homeland Mercenaries in Bahrain.

[…] This post was mentioned on Twitter by McKiGravKuciPaulNade, Keith Johnson. Keith Johnson said: Bahrain, Yemen using US arms/ammo, rubber bullets, tear gas, on their own people: http://bit.ly/esrPsn We arm the world….. […]

do the people close roads before using the tear gas, rubber bullet, live ammunition or after that???

even if they close the roads, there is another way to go to your work -I used another way- and that doesn’t give the right to the regime to use live ammunition, armourd vechiles and tanks, and that wasn’t enough for the regime so they call the saudi army and GCC shield… imagine all these armies for a peaceful people!!!!

a sample fabrication done by regime to judge innocent people…http://www.youtube.com/watch?v=hoAeSz-d9Vg