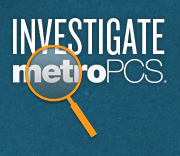 Stand Up for Mobile Internet Users

When we access the Internet on our phones – as more of us do every day – we expect to be able to go wherever we want, whenever we want. But a terrible new service plan from MetroPCS – the fifth-largest U.S. mobile phone carrier – is the latest phone industry attack on Net Neutrality. The company is limiting users’ ability to access certain websites and services, unless they pay extra for the privilege.

Free Press just alerted the FCC to this blatant violation of Net Neutrality.1 Please click here to tell the FCC to launch an investigation.

It gets worse. MetroPCS’s plans disproportionately affect people of color and urban communities, whom the company recognizes as a major portion of its customer base, and who largely depend on mobile phones to access the Internet.2

There is a way that we can stop MetroPCS’s discriminatory practices. Last month, the FCC adopted weak rules that leave mobile Internet users virtually unprotected from these types of abuses, with two big exceptions: They prohibit the blocking of websites and competing video and voice communication applications on mobile phones. Yet that’s exactly what MetroPCS is doing. The FCC must now take action to protect the public and enforce these new rules. If the agency does nothing, we could see a domino effect in which larger carriers like AT&T and Verizon introduce their own forms of mobile blocking and discrimination. We can’t let that happen.

The FCC must take MetroPCS to task before other carriers follow suit. Tell the FCC: Enforce your new rules. Investigate MetroPCS’s outrageous, anti-Net Neutrality practices. Mobile Internet users should have the freedom to access any sites or services they want. The FCC must respond to our concerns3, protect our online rights and investigate MetroPCS now.

7 replies on “MetroPCS is blocking Netflix, Skype and other sites–unless you pay extra”

Metro PCS always sounded like a ripoff to me.

This isnt even near based on fact. I am with metroPCS, and can go to these sites. There is no part in my plan that says I will have to pay extra. I am on a plan for smart phones, but I dont feel I am being ripped off. They have fair prices and you get what you pay for. And yes a lot of MetroPCS users are urban or of color but if metro ch anges pryces for all how is that a race issue? Seriously. Just because the most users are of color and IF this was happening its a race issue? Get a grip. Verison claims to give service to a huge amount of Americans, and thwy have a data cap. Are they descriminating? According to you they are. Don’t believe everything you read.

The piece above makes quite clear that those changes haven’t yet been made, but will affect subscribers in the future; and I doubt that FreePress got it wrong, since they are expert on these matters, and do very careful work.

As for _your_ work, on the other hand, I can’t imagine why you’d get so exercised about all this if you were just an Average Person. Your post sounds like a bunch of talking points for MetroPCS, “Camille.”

Skype works well on Metro PCS, just download the app “IMPlus Talk with Free Voice”. I flashed my Blackberry storm 2 to metro pcs and it works very well. Skype is slow but on wifi works perfect……

I have a smartphone plan, and my Skype works very well on MetroPCS; I don’t pay anything extra for that.

I don’t even have metro PCS. Never even heard about it, until today, when I tried to access Netflix. So now I can’t seem to get through. How does that even work?

Ask around your friends and neighbours and compile a list of the people we talked to
on Friday click here night, when streak lightning was dancing in and among the clouds.

There are many electricians in Brisbane who is well qualified and an skilled pro.
These parts need repairing and testing from time to time,
and it turned out great.