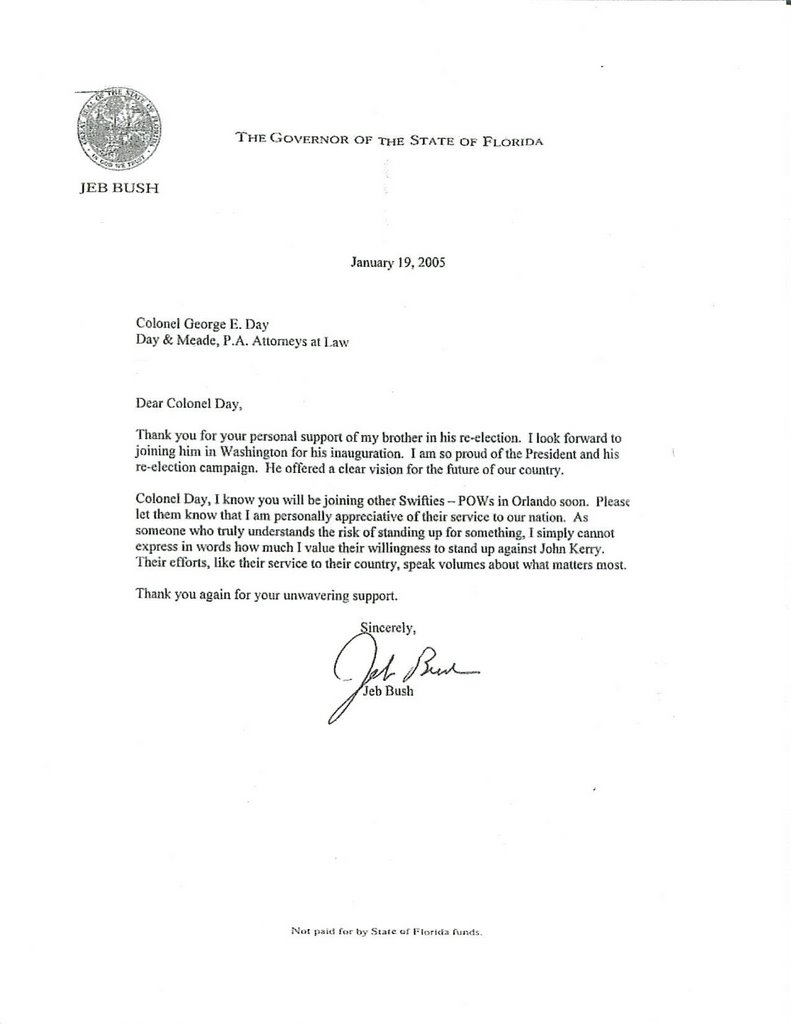 This letter was referenced in the New York Times on Sunday, May 28th, 2006. This is the first time a copy has been posted publicly.
Excerpt from the Times:
“The president’s brother, Gov. Jeb Bush of Florida, sent a letter thanking the “Swifties” for “their willingness to stand up to John Kerry.”
Excerpt from Jeb Bush’s letter:
“As someone who truly understands the risk of standing up for something, I simply cannot express in words how much I value their willingness to stand up against John Kerry.”

Join the campaign for progressive legislation